The cast of “The Penthouse 2” are hard at work behind the scenes in order to produce the hit drama!

SBS’s “The Penthouse 2” is the second season of the suspenseful drama about the solidarity and pursuit of revenge among a group of women at the top of the social pyramid who will stop at nothing to protect their children.

The new making-of video begins with Kim So Yeon and Uhm Ki Joon’s wedding scene. Jin Ji Hee tells Han Ji Hyun and Lee Tae Bin, “You two are matching with the flowers today.” Lee Tae Bin replies, “We are the flowers. Could there be any other flower?” Unimpressed, Jin Ji Hee turns away and comments, “Yes, that was Min Hyuk’s (Lee Tae Bin’s) statement.” 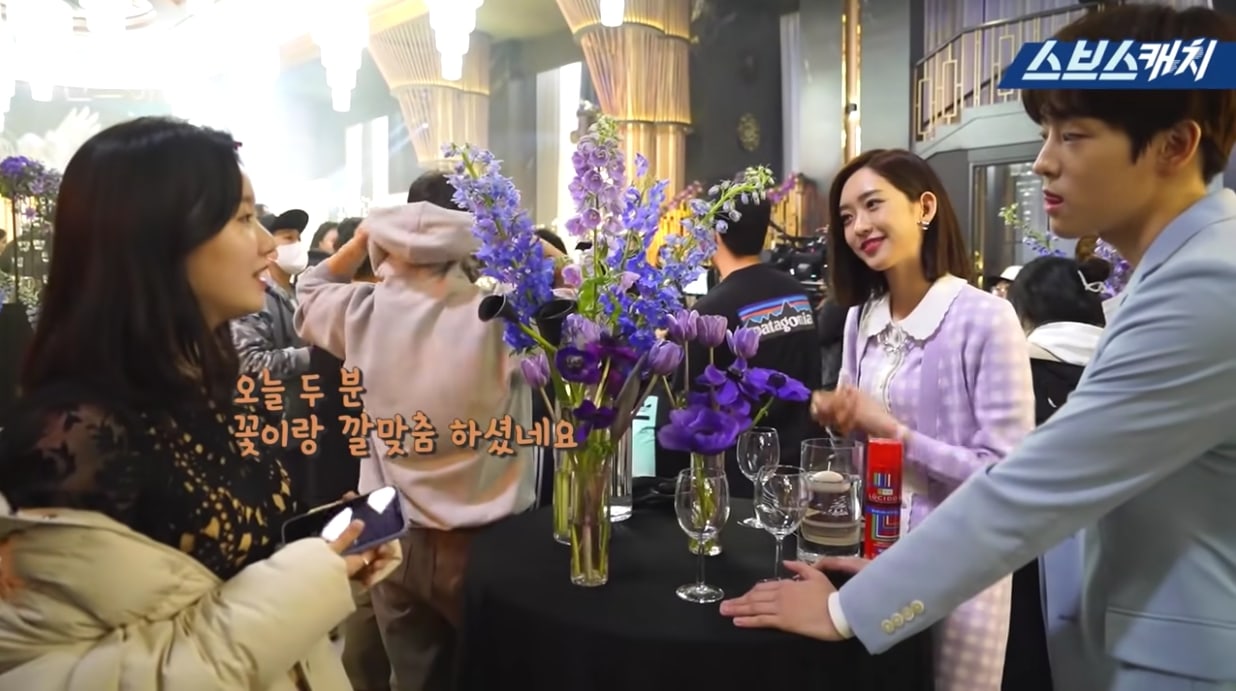 Eugene smiles and waves to everyone on set when she arrives. She accidentally bows to the children, and she comments, “Why did I bow to Seok Kyung (Han Ji Hyun)? Seok Kyung is scary.” Eugene also jokes with Bong Tae Gyu and Yoon Joo Hee that Joo Dan Tae (Uhm Ki Joon) does whatever he wants at the Hera Palace as if he owns it. Eugene comments, “Joo Dan Tae must really love the Hera Palace.”

Uhm Ki Joon shares, “In this project, I get married three times. This is my third wedding.” Bong Tae Gyu comments, “He’s a marrying, divorcing, and proposing maniac.” Later, Han Ji Hyun tells Uhm Ki Joon, “Please don’t marry. I told you not to get married.” Uhm Ki Joon asks, “Do you even care?” Han Ji Hyun laughs and says, “I got caught.” 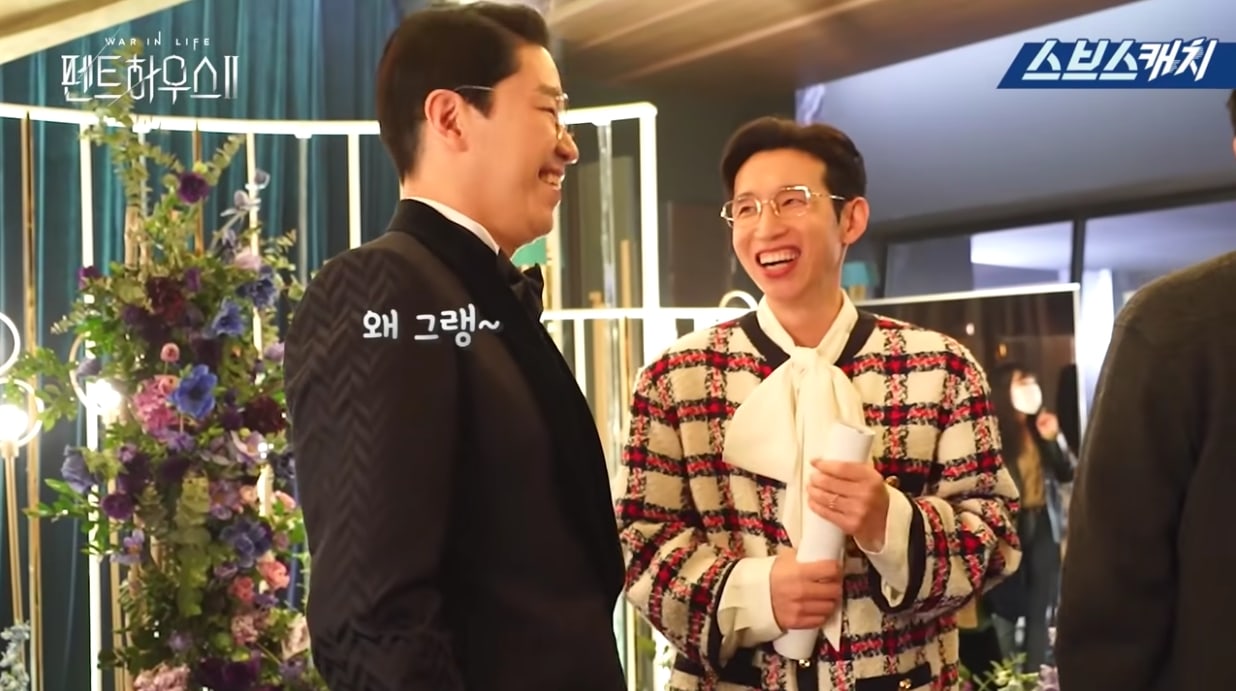 For a different scene, Kim So Yeon and Uhm Ki Joon carefully map out their movements during rehearsals. Uhm Ki Joon thoughtfully asks, “Which side do you think will be more comfortable?” as he practices pulling on her arm. The director tells her to turn gracefully as if it’s part of a choreography, and Kim So Yeon pretends to turn extravagantly. Uhm Ki Joon laughs and shares, “I suddenly remembered when you came in while making a turn.”

The two actors carefully practice the scene in which they fight each other. Uhm Ki Joon has to grab Kim So Yeon’s head, so he asks, “Will you be okay?” and Kim So Yeon replies, “Of course.” Uhm Ki Joon advises Kim So Yeon to grab his hand the moment he grabs her head so that she can protect her head while acting. Uhm Ki Joon and Kim So Yeon quickly immerse themselves into their roles, and they flawlessly film the difficult scene multiple times.

Near the end, the director jokingly comments, “You’re such a bad person,” and Uhm Ki Joon asks, “Why are you like this?” After filming multiple takes, Uhm Ki Joon checks in with Kim So Yeon and asks her if she’s okay.

Watch the full making-of video below!

Catch up with “The Penthouse 2” below:

How does this article make you feel?